«In Argentina, we feel that Switzerland is welcome» 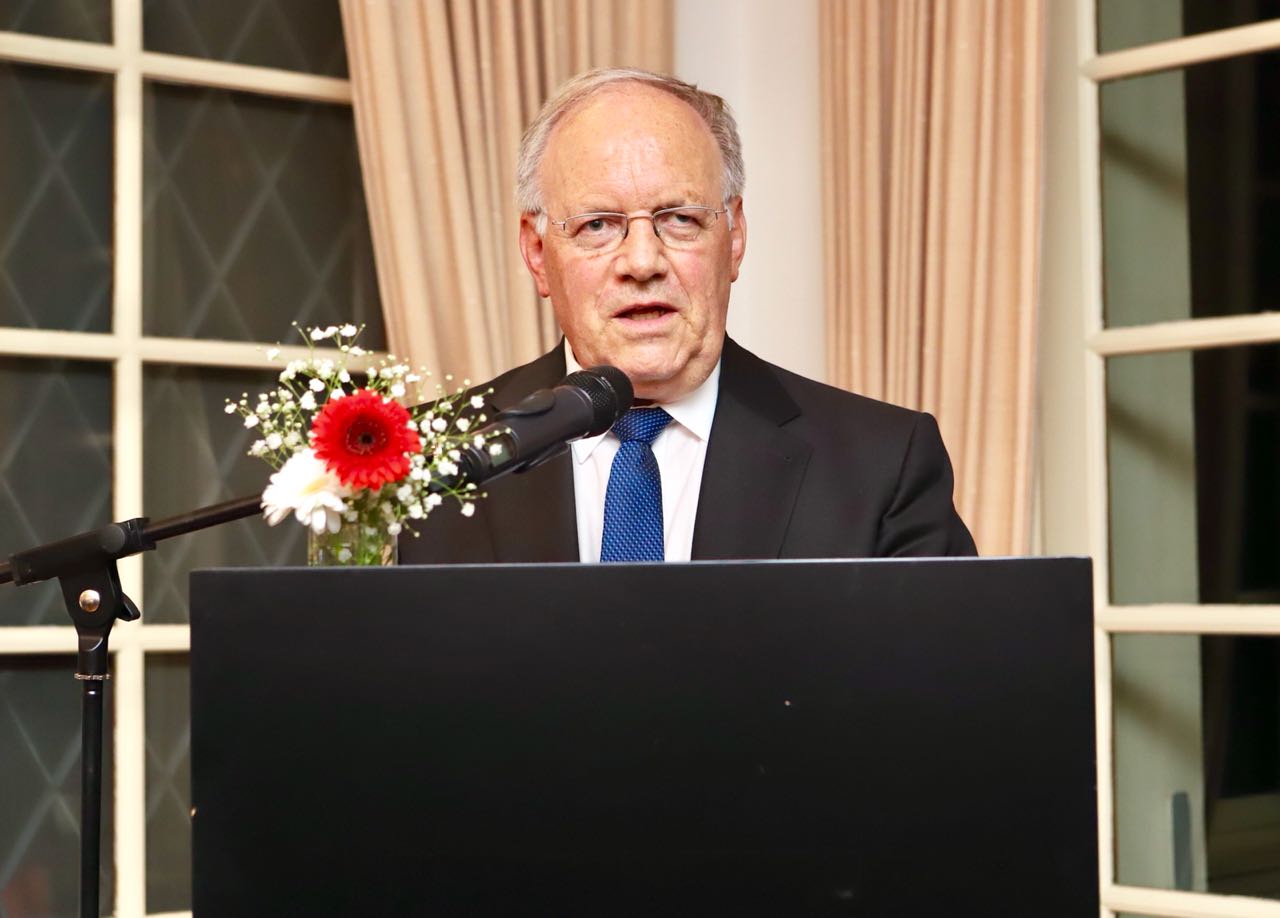 [:es]The Swiss Federal Councilor, Johann Schneider-Ammann, traveled to Buenos Aires with a delegation of businessmen, trade union representatives and Swiss journalists. This official visit was part of a protocolar trip to Mercosur (in addition to Argentina, it went through Brazil, Uruguay and Paraguay), in the framework of the negotiations between the European Free Trade Association (EFTA) and Mercosur. Within the framework of the celebration of the 80th anniversary of the Swiss Chamber of Commerce in Argentina (CCSA), a toast was held at the residence of the Swiss ambassador by the members of the CCSA and Swiss and Argentine businessmen, together with the delegation.

Johann Schneider-Ammann, the Swiss Federal Councilor, addressed the guests briefly sharing his passage through the different countries that make up the Mercosur. «We visited four countries with two objectives: to harvest facts and statistics, with concrete data of each one. We seek that the delegation, which is a small sample of the Swiss society, can understand the Mercosur and exchange experiences in view of the agreement we will sign,» Schneider-Ammann said. The executive highlighted the importance of Brazil in the development of Mercosur. «Because of its size, it is a difficult country to understand. We visited an agricultural fair in San Pablo, which is probably the largest in the world. Then, in Paraguay, we find a country that is growing by leaps and bounds; and in Uruguay we were received by the Minister of Foreign Affairs, Rodolfo Nin Novoa, who told us that his country wants an agreement with the EFTA and that it be as soon as possible. Now in Argentina, we feel that Switzerland is welcome everywhere and that EFTA is a desired partner,» said Schneider-Ammann.

He also emphasized the commercial advantages of the agricultural sector. «It is the one that offers the greatest resistance to this agreement. Your representatives want to understand how you are going to influence your activity. We have resumed dialogue with them this year on the basis of concrete facts. For example, we have pointed out that, in the case of meat, the offer will be based on the model that the European Union (EU) has. Due to the size of the EFTA countries, this represents a volume of 2,000 tons, which will be imported from Mercosur. Swiss meat producers warned that it is a market share that does not endanger its future. However, agriculture is not the only important dossier of this agreement,» said Schneider-Ammann. «Virtually all other sectors of the Swiss economy are in favor of this agreement; including the pharmaceutical industry, the financial sector, machinery and watchmaking, among others. Everyone thinks that an agreement between Mercosur and the EU can put us at a commercial disadvantage. And for this we must achieve a treaty with similar conditions for the EFTA,» he added. 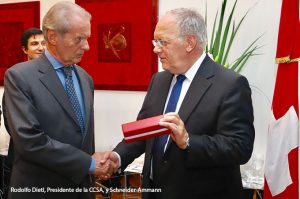 Finally, Schneider-Ammann greeted the Swiss Chamber of Commerce in Argentina and its directors for the 80 years of experience. «I want to take this opportunity to tell you that the negotiations between Mercosur and EFTA are moving forward firmly, in a framework of good understanding and in a constructive manner. The CCSA is an institution that is always young and dynamic. Today, more than ever, dedicated to strengthening bilateral trade ties. During the few hours I spent in Buenos Aires, I could appreciate the enormous potential of Swiss companies, particularly SMEs, to do business with Argentina. For this, at the time of raising the glass in honor of the anniversary of the Chamber, I thank you for the important role that this institution will continue to fulfill in the future, for the common benefit of Argentina and Switzerland. «[:]